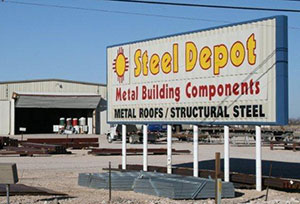 Gene Day and the Steel Depot story have deep roots in West Texas and Eastern New Mexico. From the early days of Gene’s career in the scrap yard working with his mentor, Bobby Jarvis at Lubbock American Iron & Metal, to its evolution into five Steel Depot locations and several scrap yards across the region offering everything from structural steel and metal buildings to metal roofing and recycling, the company has been built on faith, honesty, integrity and loyalty.

Bobby Jarvis was a good mentor and taught Gene the value of a good day’s work for a good day’s pay. He learned the business quickly and Bobby took notice. When Bobby bought a new yard in Hobbs, New Mexico, Gene was given the opportunity to manage the yard and have a small ownership interest.

Over the years the company grew and so did Gene. In 1987, they opened Jarvis Metals in Lubbock. In 1990, Bobby suffered a heart attack and Gene moved back to Lubbock to run the yard. That same year, they purchased Marsh Pipe and Supply in Artesia, New Mexico and changed the name to Artesia Metals.

In 1996, with Bobby looking towards retirement, Gene made the decision to buy Bobby’s interest in Hobbs Iron and Metal and Artesia Metals. The offer was accepted and thus began the leap of faith that was to become Steel Depot. Even though the past few years had been very good, Gene prayed that God would provide two more good years to help stabilize the business. Gene’s prayer was answered. Exactly two years, to the month after his prayer, the bottom fell out of the scrap market. Gene had gotten his two years and his new venture was on stable ground. They expanded the business to include tank demolition, which turned out to be a very good decision, helping them weather the storm. 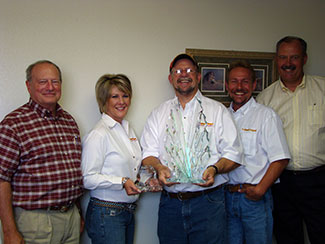 In 1998, business was once again flourishing and they made the decision to grow the Steel/Metal Building portion of the business, so they acquired a 65,000 sq. ft. facility in Lubbock and Steel Depot was born. Today, Steel Depot has become one of the leading steel, scrap and metal building companies in West Texas and Eastern New Mexico. Currently, Steel Depot has facilities in Hobbs, Artesia, Carlsbad and Roswell, New Mexico as well as a sales office in Lubbock, Texas.

Over the years, the industry and our company have seen many changes, but the guiding principles Gene Day learned from Bobby Jarvis in that scrap yard back in 1976 have never waned. What started out as Gene’s leap of faith has grown into a thriving business with its roots squarely planted in faith, honesty, integrity and loyalty….towards our friends, our customers and our incredible employees.